Last week, we learned the sad news that David Seligman had passed away. Everyone at Capital loved working with David. Here, Chris Nott shares some fond memories of this giant of the legal profession.

When I was a trainee solicitor in Cardiff, there were a handful of lawyers who were head and shoulders above the rest. One of them was David Seligman.

David loved the Labour Party, the law, and the performing arts.

He was well known back then, not only as one of Cardiff’s leading lawyers but also because he was Leader of the Council for many years and Chair of its Planning Committee. David was elected as the Labour candidate for Cardiff West in 1983. He contested the election to succeed George Thomas, Speaker of the House of Commons for over 15 years. Cardiff West had been a solid Labour seat since its creation in 1950, but this was just after the Falklands War, and there was a swell of support for the Tories. For the first (and only) time, Cardiff West was won by the Conservatives by just a handful of votes. To everyone’s surprise, David wasn’t elected to Parliament. If he had been elected, he probably would have immediately joined the shadow cabinet and been a member of Tony Blair’s cabinet in 1997.

In the 1970s, when Labour was in government, Roy Jenkins, the Home Secretary, formed a Royal Commission on Legal Services to conduct a thorough review of the profession, and David was appointed to be a member of it. The Commission recommended wholesale changes, most of which were adopted, and David kept a leather-bound copy of the report in his room.

In the early 1990s, I picked up a tricky property litigation job against David. I wanted to meet him, so I maneuvered a settlement discussion at his office. I don’t remember too much about the meeting, but I do remember the experience as the equivalent of being blown out the door, spinning headlong down the stairs, and sitting in a pile of dust on Park Place. I had been roundly ‘beaten up’. I vowed never to let that happen again!

Over time, we had other jobs in common and got to know one another. In 1995, his firm, Grossman Hermer Seligman, merged with mine. David had ‘retired’ a year or two before but came to see me and asked if he could become a consultant to us. It was like Alex Ferguson asking to help coach my team.

All the other partners and staff from his original firm eventually retired or moved on, but David stayed, and we worked together for 26 years. In the beginning, he worked 12-hour days looking after his clients’ every need. He was a damn good lawyer. By way of example, his client Mike McCarthy, founder of Rightacres, asked him to acquire the office block, now a residential tower block, at the end of Queen St by the Capital shopping centre. He needed it done quickly. David went from instruction to completion in 24 hours. Over the years, his clients aged, as he did, and his caseload reduced. Until Covid, by then in his early 90s, he turned up most mornings and worked until mid-afternoon. Although he wasn’t keen on the open-plan layout when we moved into this building, he loved being in a law office. He thrived on being around other lawyers and talking to his clients.

On a personal level, he was the voice of wisdom for me. Every now and again there are difficult challenges to deal with and I would often ask for a quiet hour with him to talk through an issue. He always helped me to come to the right conclusion.

David was married to Philippa for almost 65 years. He wasn’t quite the same after she died in 2013, but while she was still alive, they decided to spend their latter years giving their money away to arts organisations, and they both took great joy from seeing others benefiting from it.

When I was the chairman of the Royal Welsh College of Music and Drama, we were trying to raise money to build what became the beautiful building by the park. I persuaded David to donate to it which is why you’ll find the David Seligman Opera School at RWCMD. There is also the Seligman Theatre and Stiwdio Seligman in the Chapter Arts Centre and the Seligman Room in the Wales Millennium Centre, to name a few. He loved the performing arts. He had been a director of Welsh National Opera, and he had been director, consultant, and benefactor to virtually every other arts organisation in and around Cardiff.

When he was a councillor, he was part of the group responsible for the reconstruction of the centre of Cardiff, the building of the St David’s Centre, and St David’s Hall. Unfortunately, on the night of the inaugural event at St David’s Hall, David had put his back out, but that didn’t stop him from going; he was carried in on a stretcher.

I heard my favourite story about David when we were in Israel together. One year, the Consulegis conference was taking place in Tel Aviv, and I asked if he’d like to come to the conference as our guest. In return, David asked if he could take me to see the kibbutz where he’d grown up as a young man. We spent the day there, and it was rather like accompanying the returning hero son. The whole kibbutz came out to welcome him.

As the day went on, I found out why. Having helped found the kibbutz he moved back to Wales and married Phillipa. In 1967, the kibbutz was under threat due to the Six-Day War. David packed a bag, left his business in Cardiff, and travelled on his own to Israel covering the last 20 miles on foot. While the kibbutz was sheltering, David appeared walking up the drive to help them. He stayed for months until it had all settled down.

David was a remarkable man and had many strong friends at Capital. I’m glad that I was one of them. It’s not overstating it to say he was a giant.

We will miss him. 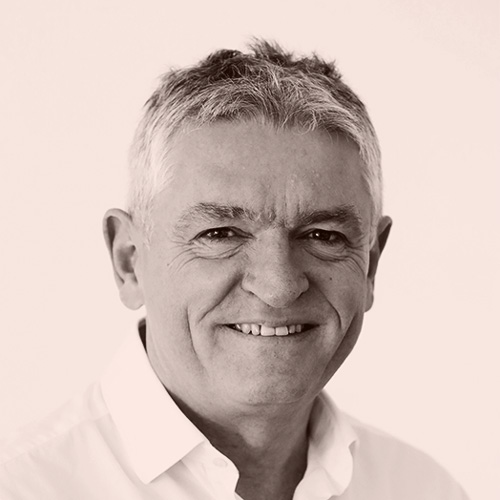