Wales’ poor results at the Women's Six Nations this year have prompted many calls on social media for the Welsh Rugby Union to invest more in the women's game. Here, Rebecca Mahon comments on what that actually means, and what is needed to achieve greater parity in the sports sector.

It’s that time of the year again. It sparks opinions as polarised as the score lines. It’s the Women’s Six Nations. The conversation in the (virtual) Cardiff pub always starts the same way: “well, of course England are doing better than Wales, England are a professional team”.

Wales were hoping to introduce professional contracts for its women players before the (now postponed) 2021 World Cup this autumn. Rachel Taylor, former captain and Wales Women’s skills coach, recently said that this “gives the players a chance to train and play against international players week in week out. It can only be a good thing for the girls, who then bring that experience back into Wales camp.”

But as former Wales international Alecs Donovan pointed out upon her retirement earlier this year, “It depends what those contracts look like as well. We have no idea whether that’s going to be offering £10,000 a year, £20,000 a year, £30,000 a year”. Her male colleagues could earn such sums or more, per international game.

So, it’s not just about the professional status, but also the salary that goes with it. Earlier this year, the Rugby Football Union, the governing body for rugby union in England, doubled the salary cap for the England Premier 15 women’s teams to £120k (meaning, each team has £120k to spend on its squad – not per player).

For perspective, the salary cap for the men’s Premiership Rugby is £5m per squad for the 2021/22 season, plus two “marquee” players. There have been calls to remove marquee players from the Premiership, because their salaries are exempt from the cap – which can lead to extremely high salaries for certain players, setting a precedent for a wage structure dictated by extremes.

The idea of marquee players was originally introduced to as a way to import foreign talent, designed to increase the profile of the club and the league. Commentators now say this isn’t required – although it would be interesting to understand the Premier 15’s perspective on marquee players in the women’s game.

So, the conversation moves on: “but the men’s game attracts more spectators, sponsorship deals etc. – that’s why the men get paid more”.

This, by the way, is one of the reasons why any argument that a club is discriminating against its female players by paying them less would surely fail. They are not being paid less because they are female, rather that the women’s game is less lucrative for the club – at least for now.

Ronda Rousey, UFC fighter, would seem to support this viewpoint. As she said in a recent interview with Fox News: “I think how much you get paid should have something to do with how much you bring in. I’m the highest paid fighter not because Dana (White) and Lorenzo (Fertitta) wanted to do something nice for the ladies. They do it because I bring in the highest numbers. They do it because I make them the most money. I think the money that they make should be proportionate to the money that they bring in”.

I certainly wouldn’t argue with her…

Guinness, the Six Nations’ official partner, joined the debate last year when they announced that they would be sponsoring a “player of the tournament” for the first time ever in the women’s game, and that they would also be stocking the Irish Women’s jersey in all major retailers. This was done in conjunction with the IRFU’s Women in Rugby Action Plan, which details the IRFU’s continued commitment to growing the game. A key component to achieving this ambition is visibility of women’s rugby.

Brian O’Driscoll said as part of the coverage: “As a father of a daughter, the importance of strong female sporting role models cannot be underestimated – women in sport have to be seen”. But how?

Jess Hayden, rugby journalist, summed it up perfectly in her recent article on extending the Premier 15 salary cap: “You have to be a fairly dedicated Premier 15’s fan to remember to log on to your laptop, find the live stream, check you have got Adobe Flash Player or whatever you need to watch videos online, and watch the game. You can’t just stumble over a live stream of a Premier 15’s match, unless you already follow them on Twitter. But, if the games were on television, you might watch a game before the Six Nations kicked off, or just put it on to see what the craic is about. I’ve said it before, but we need to make watching women’s sports as easy as possible, without the need to go to additional lengths”.

So, in order for women to earn more money in sport, they have to achieve better visibility. But the big TV networks won’t cover the women’s games, because they don’t have great visibility. It’s a vicious circle.

Change will ultimately be driven by big businesses. We wouldn’t expect a start-up, however great it might be, to be a success without the support of investors. There are huge opportunities in women’s sport. Prize parity, that has been seen in tennis for years now, is gradually creeping into other arenas.

For example, this year’s launch of The Hundred cricket format, which has equal prize pots and has done away with labels such as “the Men’s hundred” or “batsmen” – they’re all now batters. The potential return on investment – both financially and from a corporate responsibility perspective – could be significant.

Ultimately, perhaps a change in mindset is also required.

On stepping down from winning horse Minella Times at the Grand National earlier this month, the winning jockey Rachel Blackmore said: “I don’t feel male or female right now. I don’t even feel human…. It’s unbelievable”. Our sports stars are just that – stars, irrespective of their gender.

Our employment law team is used to working with organisations and individuals in the sports sector, advising on contract drafting and negotiation, both on commencement and termination of employment. We also have experts in gender pay issues, equality and diversity, and organisational design, in conjunction with our Capital People team. Need some advice on these topics? Drop Rebecca a line at r.mahon@capitallaw.co.uk. 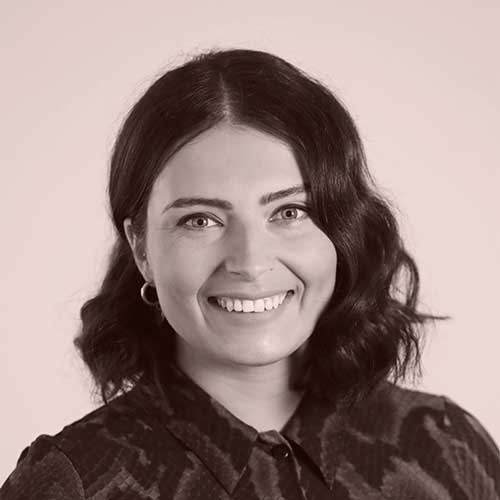