Capital give evidence on funding sources for Welsh Government

We were invited to give evidence to the National Assembly for Wales’ Finance Committee on 15th May 2019 in relation to the funding sources available to the Welsh Government. Stuart Pearson, our Head of Construction, Energy & Projects, discussed the Mutual Investment Model – an innovate way to invest in public infrastructure developed in Wales.

Stuart’s position is that he sees “the Mutual Investment Model (MIM) proposal as the only viable tool to provide significant finance to fund ambitious Welsh projects”. A full recording of the session is available on Senedd TV here

Asked about the benefits of using public-private partnership models to deliver infrastructure, Stuart Pearson – senior associate, construction, energy and projects Capital Law – told AMs that such partnerships are the only feasible option for delivering large-scale projects due to tight public resources. Gwyn Llewelyn, director, infrastructure advisory, KPMG, raised the importance of bringing together expertise from both sectors and finding a pragmatic solution to deliver infrastructure. He pointed out that Public-Private Partnerships (PPP) and the Mutual Investment Model (MIM) contain incentives and transfer risk to the private sector, creating an efficient flow of capital while protecting the public purse. Alun Davies questioned whether public-private partnerships are the only way of delivering big infrastructure projects, asking why Mr Pearson was so bullish. Mr Pearson raised the example of the M4 relief road, saying MIM can deliver an ambitious project pipeline.

Alun Davies said he would prefer the government to seek the cheapest forms of financing, “which is almost always public borrowing rather than private borrowing”. Mr Llewelyn said he would make a distinction, arguing that the cheapest form of finance is not always the best value. He explained that cost of finance with risk is different from someone else taking risk and charging a slight premium. He highlighted the example of frequent cost overruns on major programmes delivered by the public sector.

Mike Hedges raised some of the revenue consequences of capital, saying it can take money out of schools and hospitals. He said private sector borrowing is hard to find at less than 4%. Mr Llewelyn said it depends on the sector and the risk of a deal. He added that the average all-in cost of capital for an availability-based deal – the most vanilla form of MIM – would come in at about 4.5%.

Mr Hedges highlighted that developers often use single-purpose vehicles for projects. Mr Llewelyn said the finance will be delivered through a corporate vehicle and there will be limited recourse. Citing the example of building a £200m hospital, he said the £200m will be submitted by the equity and debt providers to that hospital and it is up to them to meet those overruns otherwise they will have lost the full amount of capital. Mr Hedges criticised a “tender low and claim” mentality in the private sector. Mr Llewelyn said caveats apply to any construction contract whatever the form of financing. He stressed the importance of striking the right balance on risk between the public and private sectors.

Mr Hedges asked what is to stop the private sector walking away from a project that goes wrong. Mr Llewelyn pointed to the money the developer has invested, saying they will not get it back if they were to walk away. He said the principle that government is not paying for an asset until it is delivered is established under MIM.

Asked whether the MIM will safeguard the pipeline of infrastructure projects, Mr Pearson told the committee that the model makes projects attractive to investors. He explained that although MIM includes a complex contractual structure, there are elements that are recognisable to the market: “I think that is a huge positive.” He also raised the standardisation of the document as another advantage, saying MIM has the best of both worlds: “The traditional construction model at its heart plus a funding model around it which helps move the funding off balance sheet which is key.” Mr Llewelyn agreed about the benefits of standard forms for such contracts, saying funders get used to contracts and they only have to be negotiated once. Calling for a transparent options appraisal, he said that there is always a bespoke element for the biggest deals, but off-the-shelf documentation allows for quicker deals. Mr Llewelyn said deals are driven by accounting treatment.

Rhianon Passmore asked about the type of projects best suited to MIM. Mr Pearson said it is those that are scalable and can be clearly defined, such as highways. He added that more innovative, speculative projects – for example, carbon reduction homes – would not be suited to the model.

Asked by Alun Davies about the New Engineering Contract (NEC), Mr Pearson said he does not feel that the contract alone delivered the change, saying it was more of a cultural change. He said the NEC also encourages more adult conversations around risk. Mr Llewelyn said MIM contracts are still relatively complex, but they are more flexible than PFI contracts. Mr Pearson said the constituent parts of every individual’s role do contain some recognisable simplicity. He told AMs that flexibility is provided by the de-risking element and putting a good specification in at the outset

Rhun ap Iorwerth asked whether MIM is markedly better than PFI. Mr Llewelyn said it is an evolution, seeking to borrow some of the good principles of PFI and address some of the shortfalls. Mr Pearson said evidence of that evolution is how facilities management is dealt with. He said “soft” facilities management with PFI is what has attracted significant press interest, citing a recent example of an “exorbitant” charge of about £500 for changing a lock. He told the committee that unpredictable facilities management has been taken out of MIM, allowing more certainty for the contractor to price for it.

Mr Pearson highlighted pockets of best practice, such as the procurement process for Transport for Wales and the South Wales Metro. He said the Welsh Government’s role is to share that best practice with councils to help local government procurement teams deal with bigger projects.

Llyr Gruffydd asked about monitoring of performance. Mr Llewelyn said performance is fundamental to the model and it is important to put in place the correct measures. He argued that contract management could be improved. Mr Pearson told committee members that there are two types of contract: one that once it is signed, it ends up in a drawer, never to be looked at again until things start going wrong; and a second type, which tends to be associated with collaboration and is a living, breathing tool to facilitate the project.

Asked about Prof Gerry Holtham’s evidence that the Welsh Government ought to borrow for projects at the lowest amount – rather than using up free capital first and having to go out for more expensive borrowing – Mr Llewelyn broadly agreed, saying the current strategy is a little short-sighted.

Asked by Rhianon Passmore about the challenges of attracting investment under MIM, Mr Llewelyn said the model has been structured to create an investment grade financial product to provide liquidity. He told the committee that the biggest challenge is the construction industry, which is running at 2-3% margins but faces 50% cost overrun guarantees, so “a lot of the UK construction companies have said ‘no thanks’ … ‘we’re not well capitalised enough to take those sort of risks’”. 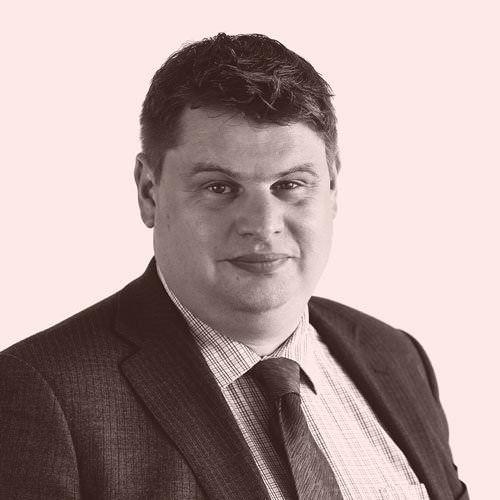