Could a four-day work week work in Wales?

Richard Thomas considers whether Wales could learn from Scotland’s four-day work week trials and asks who such a scheme would benefit.

In September, Scotland announced its plans to launch a trial four-day work week. The idea had been a campaign promise made by the ruling Scottish National Party (SNP). Since, Scottish think tank, IPPR Scotland, set out to do research around the country, polling Scots to get a better idea of their thoughts on the promise.

The results? 80% of people believed that cutting their number of days at work – with no loss of pay – would have a positive effect on their wellbeing. Pilots are now being staged in the wake of these findings alongside the more modern working practices brought about by the coronavirus pandemic, with a government-pledged £10 million fund for companies looking to trial the four-day week.

A shorter working week undeniably could have benefits. It has the potential to increase productivity, better work life balance, and therefore increase wellbeing. It could also help address the imbalance in division of domestic and childcare responsibilities. IPPR has suggested that the extra hours should be given as annual leave entitlement or parental leave which would offer women a more balanced role in the workforce. It could even be used as an incentive in areas where there are labour shortages, by contracting people to work four days a week on full time pay.

But there are also some uncertainties regarding the economic viability of this scheme – starting with how it would be funded. The money offered by the Scottish Government is enough for the trial, but there is no clear plan beyond this. Without government assistance, it’s unlikely that employers will agree to pay their employees the same wage for less hours, with rising national insurance contributions already acting as a disincentive to hire.

If the four-day week does result in a pay cut, it’s unlikely to have a large take up by employees. It could also risk dividing the workforce: Conservative MS Joel James has touched on the division between the ability of the public sector and big organisations to afford this in comparison to smaller organisations which would create a “two-tiered system of workers”.

Besides, if expectations from customers and clients aren’t managed appropriately, and workload/targets are not revised to match reduced hours, workers might end up more stressed than before. There is a risk that reducing the number of working days will simply lead to four longer days with employees still working the same hours over a shorter period.

The job shortage argument could also be turned on its head. In the healthcare sector, for example, a four-day week would cause problems as healthcare is a 24/7 operation, differing from office-based jobs. The healthcare sector is already facing labour shortages which would be worsened if employees working time is reduced by 20%.

While the debate continues, the impact of the Scottish trials can already be seen on other devolved nations. The four-day working week has received political attention from Plaid Cymru and some Labour Party members. Plaid Cymru are calling on the Welsh Government to run a pilot for a four-day week. The Republic of Ireland is also planning a national level pilot with no loss of pay. This pilot is set to last six months and is starting in January 2022. Earlier this month Sinn Fein proposed a similar pilot for Northern Ireland.

But long-term implementation is likely to require a heavier influence and evidence from Scotland that the scheme is achieving the aims it identified, as well as proving to be economically sustainable. If Scotland demonstrates that the four-day work week has overwhelmingly positive effects, Wales is likely to view it as an example of a better working model.

The statutory introduction of a four-day week in Wales would require either the support of the UK Government, Welsh independence, or the devolution of employment law/rights as employment and industrial relations are a reserved matter under Head G of Schedule 7a Government of Wales Act 2006. To overcome this, it has been suggested that the Welsh Government could introduce a four-day week in devolved public services as a starting point.

As Scotland pushes for another independence referendum, it’s likely that if it gains the right to secede there will be a further push for Welsh independence. If not, at the very least Wales will seek more control over employment rights and powers.

But how would a four-day work week align with the Well-being of Future Generations (Wales) Act – which aims to place the interests of future generations at the heart of all policymaking, and in turn, improve social, cultural, environmental, and economic well-being?

In terms of social wellbeing, as mentioned earlier, a four-day working week could provide a better work life balance by creating more time outside of work for rest and hobbies. From a cultural wellbeing perspective, it could allow more time to be spent in communities. Regarding environmental wellbeing, it could reduce emissions, with less travel to work. As for economic wellbeing… there are three main scenarios.

If there is a 20% pay cut, this will have long-term effects on younger generations – who, for the most part, are already repaying student debt and facing rising national insurance contributions. This, paired with rising house prices, makes it increasingly difficult for younger generations to gain financial certainty.

If there isn’t a pay cut – unless taken from the existing budget – the money used to fund a four-day week will result in increased taxes. The concept of a four-day working week was already included in the 2019 Labour Party Manifesto. But research by the Centre for Policy Studies found this would cost the taxpayer at least £17 billion a year, because of the impact on the public sector wage bill by having to expand the workforce in sectors where businesses cannot close for an extra day a week (doctors, nurses, firefighters and police officers etc.).

Alternatively, if the Government aimed to use the existing budget, cuts would need to be made to some of the following areas of expenditure: Health and Social Service; Housing and Local Government; Economy and Transport; Education; Mental Health, Wellbeing, and the Welsh Language; Environment, Energy and Rural Affairs; and Central Services and Administration.

There isn’t an obvious answer as to where to cut the budget – especially in the wake of the furlough scheme. If it was cut from Mental Health and Wellbeing, it’s questionable whether this is the most useful way to spend the money. Is it better to allocate the money to having accessible services rather than using it to aid a four-day working week? Which one would improve wellbeing of future generations more? Not all workers need reduced working time for their wellbeing, but every person suffering from mental health problems needs access to services.

While some arguments for social wellbeing are clear cut – especially for Baby Boomers and Generation X – a further look into the economic reality of the scheme is needed to fully assess the effect on wellbeing of younger generations, and to avoid deepening generational imbalance.

Article originally written for and published by the Institute of Welsh Affairs, here. 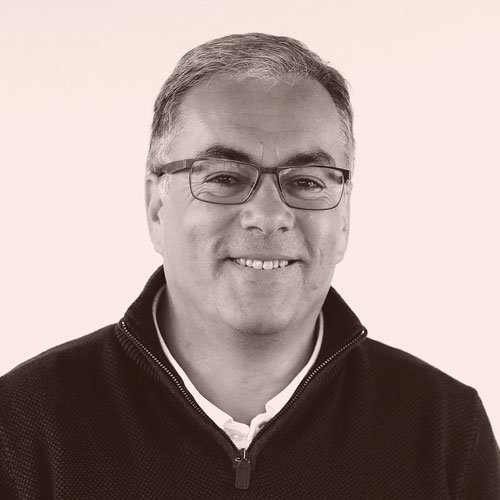 Sign up
Related Stories
Providing accommodation to employees: perk of the job or fraught with risk?
Long COVID can amount to a disability under the Equality Act
Four considerations for a four-day work week