Apple, apps and an antitrust battle

Earlier this month, a closely watched and eagerly anticipated antitrust ruling involving Apple and Epic Games was handed down in the US. Both sides emerged bruised. Carrie Gwyther and Sarah Morgan provide an overview of the litigation and its far-reaching implications.

It’s been just over one year since Fortnite was banned from the App Store, sparking an antitrust battle between the game’s creator Epic Games and industry giant Apple.

On Friday, 10 September 2021, a Californian court ruled on the dispute, knocking back Epic’s accusations that Apple was unfairly monopolising the mobile app industry, while also finding that Apple cannot stop third-party payment options.

In August 2020, Epic Games introduced the ‘Fortnite Mega Drop’, a 20% reduction on all of its purchases across platforms and a new way to pay. This new way to pay—a direct payment feature for iOS and Android—breached Apple’s and Google’s terms of service.

Apple immediately pulled Fortnite from the App Store and Epic retaliated with its “Nineteen Eighty-Fortnite” spoof video, before taking both Apple and Google to court and alleging that both operate illegal monopolies.

According to Epic, Apple’s requirement that all apps go through the App Store and its 30% tax on the sale of every app and any digital in-app content is a monopoly. The court case concluded earlier this year and the verdict is eagerly awaited.

Meanwhile, an unsealed and unredacted version of the Google suit was only released in early August this year. The complaint alleges that Google, which also pulled Fortnite from its store, had developed a “series of internal projects to address the ‘contagion’ it perceived from efforts by Epic and others to offer consumers and developers competitive alternatives and has even contemplated buying some or all of Epic to squelch this threat”.

In the mixed decision, Judge Yvonne Gonzalez Rogers said that “the court cannot ultimately conclude that Apple is a monopolist” and ordered Epic to pay damages for violating the developer agreement.

At the same time, the Judge issued a permanent injunction, restraining Apple from prohibiting app developers from directing users to third-party payment options.

In a series of tweets, Epic’s chief Tim Sweeney claimed the ruling was “not a win for developers or consumers” and vowed to “fight on until there is genuine developer and consumer freedom in software, and fair competition in each mobile platform software component”.

The court’s recent decision seems to have hurt both Apple and Epic, although Apple was spared the conclusion that it was unfairly monopolizing the market.

The Chief Executive Officer of Tesla, Elon Musk, waded into the dispute in support of Epic. In a tweet, Musk claimed: “Apple app store fees are a de facto global tax on the Internet. Epic is right.”

Apple has also made moves elsewhere to resolve issues with other developers. In late August, Apple struck a deal to resolve a class-action lawsuit brought by smaller developers. According to Reuters, the deal includes changes in how developers can communicate with customers, an issue highlighted by the judge in Apple’s Fortnite case, along with a $100 million payment from Apple.

Clearly, the outcomes of the Epic suits are only one small part of the puzzle. In July this year, a coalition of state attorneys general in the US sued Google, challenging Google’s policy to force app developers to pay a 30% commission fee on sales made through the app.

Much like Epic’s complaint, the attorneys general complaint alleges that Google has taken steps to “close the ecosystem from competition and insert itself as the middleman between app developers and consumers”. Google’s response to the complaint is available here.

The attention garnered from the lawsuits has prompted countries to look more closely at the problem. In the US, The Open App Markets Act—a new bill aimed at diminishing Apple and Google’s ability to control app purchases and making the market more competitive—was passed in August.

This month, Apple announced it had made concessions to address Japan’s Fair Trade Commission ruling that the company’s restrictions on “reader” apps, such as Netflix and Kindle, were anticompetitive. Now, “reader” apps can provide links to allow customers to sign up for subscriptions on their own website.

South Korea is one step ahead. At the end of August, the National Assembly passed a bill forcing app store operators to open their stores to alternative payments. The country’s decision to implement legislation could cause a domino effect, pushing regulators across the globe to take action.

Meanwhile, the UK’s regulator, the Competition and Markets Authority (CMA), launched an investigation into Apple in March, following complaints that its terms and conditions for app developers are unfair and anti-competitive. Then, in June, the CMA announced it was looking into whether Apple’s and Google’s control over mobile ecosystems is stifling competition across a range of digital markets.

The Fortnite cases have brought competition issues in the app space into the spotlight. With regulators across the world launching investigations and new laws being introduced, the time may soon come where the way tech companies are regulated is overhauled globally. 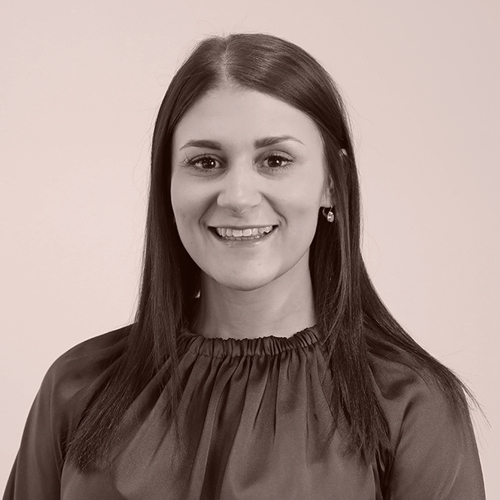